SaniPro HDPE tubes replaced an old system that broke after a rainy season.

Tigre-ADS was contracted by Cagece (Companhia de Água e Esgoto do Ceará) to carry out an emergency work to rebuild the sewage network in the city of Fortaleza, Ceará. About 100 meters from the old pipe located on Avenida Leste-Oeste, on the coastal strip, broke with the increase in sewage flow, after a period of intense rain in the region.

The recovery works were carried out between February and June this year. According to Cagece engineer Petrônio Heleno, 40% of the sewage in Fortaleza passes through the site. Due to the great flow of the system and the urgency to conclude the works, the company opted for the installation of Tigre-ADS SaniPro DN 1500mm tubes.

Among the characteristics of this solution is its high resistance to corrosion, greater hydraulic efficiency and total hermeticity, guaranteed by the double sealing ring and the exclusive design, with an enlarged pouch and a cone-shaped tip. In this tube, the sealing area of the bag is reinforced with two 50mm ceramic bands, which increases the integrity of the joints and the control of tolerance.

Another advantage of HDPE tubes is high strength. Its expected useful life, according to tests already carried out in the United States, is 75 years, compared to 30 years of useful life of other materials on the market.

According to the Tigre-ADS product and application manager, Eduardo Reis, the restoration works of the sewage network in Fortaleza were hampered by the sandy terrain, which made the use of shoring for the containment of the soil indispensable. As a result, the work of preparing the trenches to accommodate the pipes was a little slower than usual for this type of installation. “However, because they are lightweight, HDPE pipes have higher productivity than rigid concrete pipes, offering greater agility in movement, transportation and installation, in addition to greater safety. Thus, the slowness imposed by the terrain in preparing the ditch was compensated by the ease of handling and the quick installation, ”he explains. 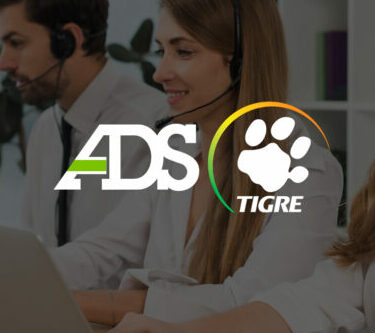